Bayern Munich striker Robert Lewandowski has questioned the club’s transfer policy following the 2-0 German Super Cup defeat at the hands of Borussia Dortmund. The Bavarian giants have made just two big-name signings in the form of Lucas Hernandez and Benjamin Pavard this summer but both have been focused on strengthening the backline. 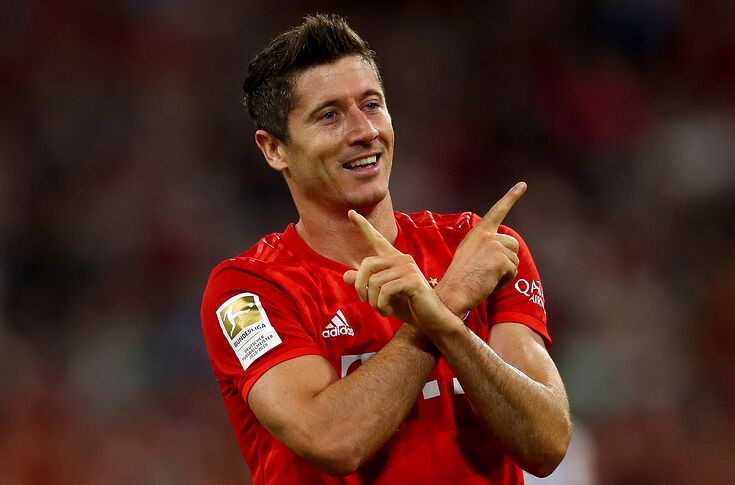 Speaking to ESPN, Lewandowski acknowledged that the youngsters within the squad have plenty of potential but there remains the need for senior professional players, who can make the difference in the big matches, he said: “Sure, the young players on the bench have potential, that’s true — but sometimes you need direct reinforcement from someone who can come in and help the team. My opinion remains the same, because today was precisely the right time where we could have looked and seen what could happen if we had such a professional player ready to come on.”

Lewandowski had stated a similar concern a couple of years ago and back then, chief executive Karl-Heinz Rummenigge had criticised him for the comments by stating that the club won’t move away from the philosophy of pursuing young players. So far this summer, Hernandez and Pavard have been the big-money recruits from Atletico Madrid and Stuttgart respectively while teenager Fiete-Arp has joined them from Hamburg.

Bayern still have another month to strengthen their squad but they may have to act during the next couple of days, should they want to land the signature of Leroy Sane from Manchester City. Bayern have openly revealed that there are looking into a move for Sane, but so far, they have not come close to reaching a transfer agreement with the Citizens. With the Premier League transfer window closing on August 8, they may need to make a swift approach, considering the Citizens may be reluctant to sell thereafter, given they cannot pursue a replacement.