It’s been reported that German giant Bayern Munich are chasing after the signatures of Hoffenheim’s duo Niklas Sule and Sebastian Rudy. 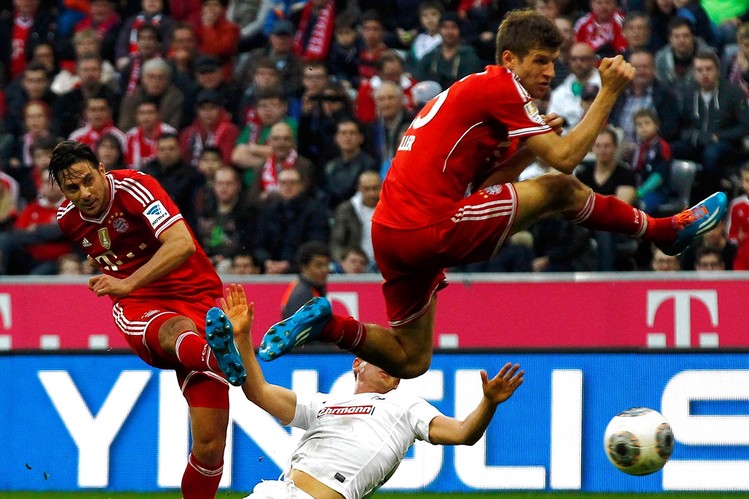 The first question normally asked whenever a team needs a new signing is who and why they need to strengthen whatever position that might be causing them sleepless nights. It’s the world the “normal” football clubs around us both at the lowest of league divisions to the elite group live in.

Enter Bayern. A closer look at their signings of recent years will make those aforementioned W-H questions look odd since there is hardly a way Bayern’s transfer strategy fill out such poking. Another closer study of the transfer targets will point out the Bavarians as a selfish super power that stays on top mainly by killing off the dreams of competitors before they have any chance of making their case.

The Karl-Heinze Rummenigge led club has virtually snapped up all Bundesliga’s break-out stars from rival clubs with the potential to challenge their dominance & supremacy. A fair fight seems a foreign language to the ears of the Bavarians.

They weren’t always known for operating with such cold mafia-like attitude. The surgical strategy was adopted after a trophy less 2001-2002 season starting with then greatest challengers Bayern Leverkusen. Two of the Werkself’s best players – Ze Roberto and Michael Ballack – were snapped up immediately in 2002 with former Brazilian Sweeper Lucio joining them in 2004.

With Borrusia Dortmund stoking the fore in 2011 & 2012, they triggered the Die Roten’s brutality and were condemned to the same faith in the most brutal of transfers till date: Childhood hero Mario Gotze despite playing for the club for 12 years could not resist the allure of FC Hollywood who even made it more brutal by announcing the transfer the night before the Borussen faced Real Madrid in the Champions League.

Lewandoswki would soon follow suit for the most painful of fees. Between the Bavarian raids from 2002-2013 and 2014-15 season, Manuel Neuer (from Schalke) and Miroslav Klose (from Werder Bremen) were both poached after their former clubs tried to dislodge the balance in the league. And now, as Die Roten hunts on their next set of players, neutrals keeps wondering just how long the Bundesliga can survive.