Borussia Dortmund have a big test to navigate ahead of their Champions League group stage clash with Premier League champions Manchester City. The two teams have been drawn in the same group alongside Spanish La Liga side Sevilla and Danish team FC Copenhagen. All the four teams are in Group G. 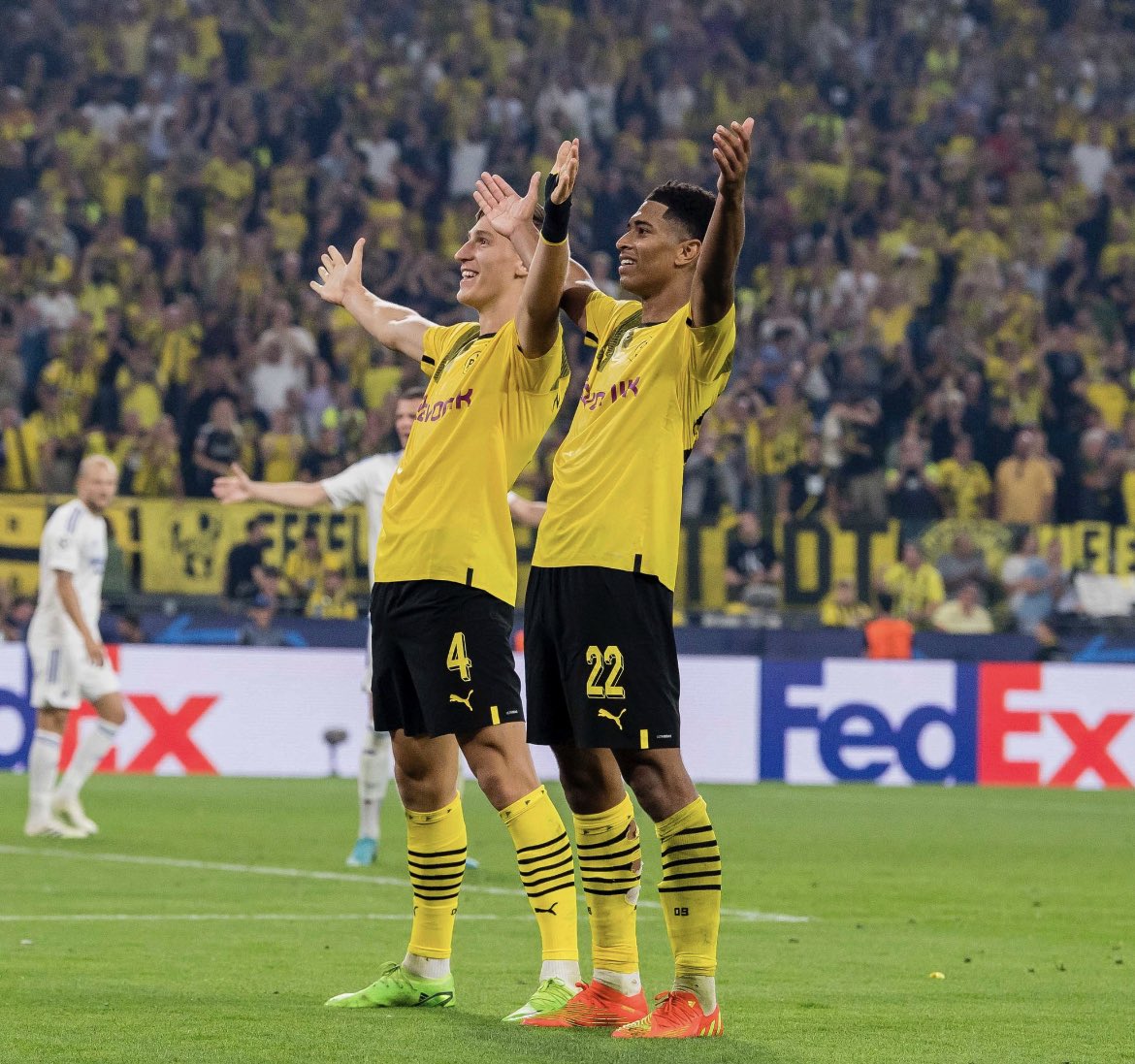 In the first set of games in Group G, Borussia Dortmund thrashed FC Copenhagen 3-0 at home with goals from skipper Marco Reus, Raphael Guerreiro and Jude Bellingham. German international Reus scored the first goal of the game before the Dortmund lead was doubled by Portuguese international left-back Guerreiro in the first half. Young English midfielder Jude Bellingham wrapped up the win for Dortmund with the third goal.

Borussia Dortmund were the early leaders in Group G before they were usurped by English champions Manchester City by virtue of goal difference. The Citizens showed why they are the favourites to win the Champions League this season with the 4-0 away win over Spanish La Liga outfit Sevilla. ErlingHaaland scored the opener to give Manchester City a slim 1-0 lead at the half-time break before England international Phil Foden doubled the advantage in the second half. Haaland then added a third Manchester City goal to take his tally to 25 goals in 20 games on the Champions League scene. Portuguese defender Ruben Dias sealed the result for the Citizens when he scored from close range.

German side Borussia Dortmund didn’t have the best of preparations for the Manchester City game after they suffered their second league defeat of the season at the weekend. They lost their place at the top of the Bundesliga table after the 3-0 defeat at the hands of fellow Champions League team RB Leipzig.

Manchester City striker ErlingHaaland would be hoping to make his mark on the game with Borussia Dortmund having moved to the Premier League from the club this summer.