Germany football  legend Lothar Matthaus says that the signing of  English wonder kid Jason Sancho by Borussia Dortmund was a major coup for both the club and the league, comparing Sancho’s arrival to “winning the lottery”. 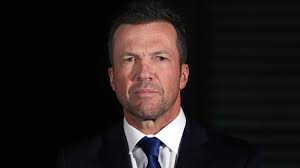 Sancho who proven himself since he was signed by breaking into the Dortmund’s first team, and displacing now Chelsea player on loan at Dortmund Christian Pulisic and has notched seven goals and nine assists in 21 Bundesliga  appearances this season for the league- leaders. The youngster’sabilities earned him three caps in 2018, a  year after leaving Manchester City due to a lack of playing time.

The 19 year old was signed for a fee reported to be around £8 million ($10m) fee to and Matthaus says that money looks like the bargain of the century that the deal is second to none in world football l. He said he saw Sancho play for the first time at European U17 championship when England played against Norway, and noticed the left winger for England Dribbling, and doing doing double passes Very strong, and that he had to call his my manager to tell him who the player was. He said in Five minutes he received a SMS stating the details of the player . Matthaus called his manager and told him that if he signed him, he could make a lot of money. I had only seen him play for ten minutes. And to get that for little money from in England is like winning the lottery.

Over the weekend Sancho became the youngest player in the history of the German top-flight to find the back of the net on eight occasions following his first-half strike in Borussia Dortmund’s 3-3 stalemate with Hoffenheim. Overall, Sancho has amassed a total of 40 appearances for BVB, scoring nine goals, while being on hand to register 17 assists since his arrival at the club in August 2017. Sancho who spoke to journalists during the weekend, said he is happy being a role model and leading the pack of youngsters in the German Bundesliga. , and his encouraging more young players in England to come over to Germany.